I met a Spanish on the way from Dusseldorf to Amsterdam last week. From Madrid, he is having a short vacation traveling from Brussels, Luxembourg, and Germany.

When we entered the cabinet, we didn’t expect to have someone to share the 4 persons seats with us. The person sat next to us was very calm but normal. Like what usually happens in the train, people don’t start the conversation with you from nowhere but maintain certain level of courtesy and politeness, mostly reading or taking a nap.

I excused myself to enter the window seat, and he stood up to let me pass, while he was charging his cellphone. Being very careful of the wire and charger, I took out the book that I just bought in Paris, La fin des musées by Catherine Grenier with my headset and chose Bon Iver’s second album. It was a 2 and half hour ride so I was aware of having the recreation stuff to do. When I just started to read, I instantly felt the urge of going to the toilette. When I came back, the train departed and I could feel the trembling while the train was on the move. Then out of my expectation, my colleague was talking to our neighbor stranger and shared raisin with him. I said to them with big surprise, “When did you become friends? …I was just gone for like two minute and now?” Both of them smiled and we started the conversation.

He invited us to have some of the ham that he brought with him, in the response of the nice gesture of offering him green grapes. Then the chit-chat pattern came in, nationality, where to go, why you are here. He said that he lives in Madrid, and I told him that I had few friends lived in Alcalá, a lovely town but not too much to do. Instead, Madrid didn’t impress me in a good way at that time I visited. Therefore I told him the crazy stories that I have heard from friends, including the dick exbitionist that Tammy met in a park.

Then we talked about bully in school. By offering a different and interesting perspective, I found that he is not a standard Spanish but special. For the stereotype of Spanish, he is too calm and too relaxed with the passion of searching a metaphysical cultural experience. For example, he took a more Asian-pacific approach while traveling.

I notice that in western youth/young adult traveling culture, bar crawling and nigh life seems to be one of the important elements to enrich the total adventure. Sometime, it also became the most interesting source of traveling stories, because people sometimes do stupid things after drinking. Then Mocking is usually based on stupid acts. On the contrary, among friends and blogs on the Internet, at least in Taiwan, daytime activities are more important than those bar crawling, if we are speaking of prioritizing the travel essential elements for Taiwanese. For example, it is good to explore bars but never affecting the daytime schedule, so the night has to end relatively early in case that we waste the whole morning the next day. He prefers the same pro-daytime idea, which I found that it is rare among the young adult of Europeans.

He also speaks Mandarins, which I don’t think it is a common interest for European as well. It is a trend but doesn’t mean that many people in Europe would really do so. Therefore when he actually does so (to learn Mandarins), it separates him from others (to be called normal, standard people) and becomes quite unique in a way. One thing that I noticed as well, when he said the word “sad”, or nervously laughed, the accent was so similar to Ólafur Arnalds, one of the talented Icelandic artists who I like very much.

When the train stopped two stops before Amsterdam Center, the old couple stood up and were about to leave. We were talking to each other saying “I don’t think it is Amsterdam already, is it?” “Where is it? Not Amsterdam?”. The the old woman suddenly spoke in English in nice tone, “It’s Arnhem.” We were so surprised when she directly spoke English to us with a smile. We stopped the conversation and looked at her. One second, Two second. “Oh…..thank you!” We were laughing because I didn’t expect that there was someone so kind to remind us, and one more thing, the couple heard all of our conversation and we were disturbing them from the beginning to the end. “You are welcome.” She laughed again because she saw our surprises, so her husband did. “We are so sorry that we were making these noise to disturb you.” “That’s okay, never mind.” We all laughed at the same time.

Then we talked through the whole ride and till we got off from the train.

We exchanged numbers and finally I knew his name, Juan. 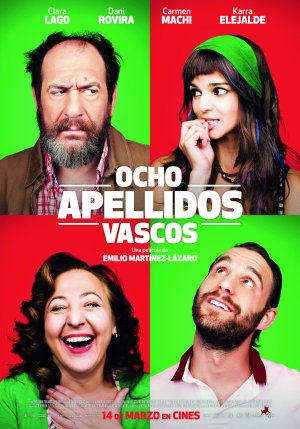